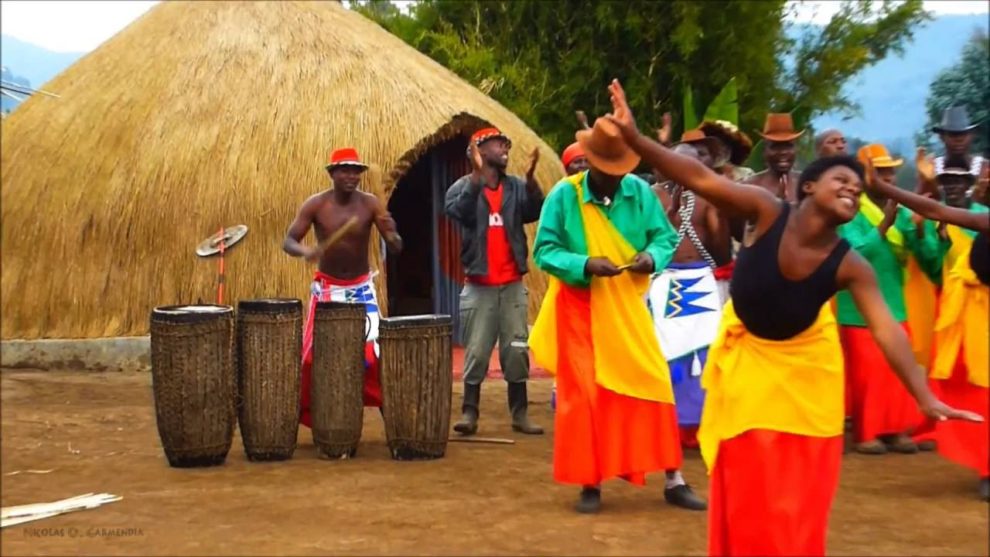 Rwanda “The Land of a thousand hills” is located in the Eastern part of the African Continent bordering Tanzania in the East, Democratic Republic of Congo in the West, Uganda “The Pearl of Africa” in the North, and Burundi in the South. It is one of the countries in Africa ranked to be smallest but easily visited by most of the travelers to Africa because of short distance drives up to the top major touristic destinations which include Volcanoes National Park, Nyungwe Forest National Park, Akagera National Park and different Cultural sites located in different corners of Rwanda.

This country is mainly composed of two different tribes named to be the “Hutus” and the “Tutsi” which are beefing each other. Rwanda as a country is rewarded as far as culture with different popularly and mostly wanted cultural heritage sites listed below where cultural lovers visit and experience.

This Cultural Village is situated near a car park in Volcanoes National Park alongside a trail head to the Sabyinyo gorilla group, this place is where the reformed Batwa people who were great hunters and gatherers now live and it was established in need of people vacating all places gazetted for Volcanoes National Park such that they can settle hear surrounding the park.

This touristic place now belongs to local people in the community and its where they carry out most of their day to day activities which include vegetable and mash room farming, beekeeping and arranged cultural performances which include the Intore dance. This cultural village offers a scheduled programme to visitors which goes for two hours, mostly visitors to this place first rap it with a morning gorilla trekking safari or golden monkey tracking.

Mostly visitors are welcomed with a cultural performance which include Intore dances, drumming and further followed with a community walk visiting local elders, traditional healer plus practicing on how to use their local tools like hunting tools which include shooting a bow and arrow and demonstration of other activities which include grinding millet and Sorghum, making beer out of banana, harvesting potatoes and more.

This experience currently costs $35 USD per person and this money 40% is given direct to Cultural performers, 60% goes to the organization governing the community such that it contributed in support of local people. Spending a night in the IbyI’wacu Cultural Village costs $70 USD per person.

This is was a cultural ceremony which was always organized after a young child was produced and it was meant for introduction of this young kid to the public plus giving of a name to these young born baby, names were suggested for this baby and parents were supposed to choose their suitable one from those mentioned. Later this naming ceremony was also transferred to the Mountain Gorillas and always hosted in Kinigi, this ceremony is now turned to be organized annually usually held in the mid to late June and it is used in raising funds which contribute to the support of mountain gorillas through funding conservation organizations like gorilla doctors.

The first substantial right turns off the main road between Kigali and Gicumbi about 25km out of Kigali, takes you on a winding route to the Original Rwanda hill. This is where the first of the ancient kings, traveling to Rwanda from the Northeast, stopped at the top and set up his kingdom. It’s high with a flat top and a view in all directions.

After leaving the main road, continue for a short distance to a cluster of houses where there is a sharp left turn on to a narrow road that climbs steeply. Just follow this upwards and you will reach the top of the hill but a 4×4 safari jeep is advised particularly during rainy seasons. The ancient King Gihanga is said to have left two of his cows here by names of Rugira and Ingizi.

Another King threw a branch at an animal when he was out hunting, the tip sank into the ground and took root, becoming a species found nowhere else in Rwanda and the great trees planted as the gateway to his land are still standing today. Then again there was a magic earthenware pot in the court, it would fill with water of its own accord to signify that rain was on the way. And yet another monarch had a very special group of royal drummers, whose drumming awakened him in the morning and sent him to sleep at night. You may well meet someone up there who will tell you other tales.

This Cultural site is located in Kigali and it was established to protect all remains of dead people like skulls who were killed in a tribal war (Genocide) between the Hutus and the Tutsi. This genocide which led to massive killing of people in Rwanda occurred in 1994 after these two tribes opposing each other, tools used in this tribal war included Panga’s, Spears, Stones, and Arrows; it’s really remembered in the history of Rwanda.

This place now is where you can go and know more about the Genocide through some informational explanations provided by these local guides in that some of these guides are survivors of the Genocide. Visiting this place is free of charge and you are free to ask every question you fill like about the Genocide.

Discover, explore, experience and be informed of Rwanda’s Culture through visiting its different major Cultural sites located in different corners of Rwanda at affordable prices and all this is majorly arranged by Eco Tours Rwanda in association with Rwanda Development Board.