Welcome to Kigali City, a hub to all the Rwanda tours that are experienced from the Rwanda National Parks and other tourist places. Before you take your cross country trips in the Rwanda parks you can first go to The Kigali Genocide Memorial is a place of remembrance and learning, nestled in Rwanda’s capital – Kigali City. The Kigali Genocide Memorial is the final resting place for more than 250,000 victims of the tragic 1994 Rwanda Genocide between two Rwanda tribes (Hutu and Tutsi) – who discriminated each other. The site therefore commemorates the 1994 Rwandan genocide. The remains of over 250,000 people are inhumed there. There is a visitor centre for tourists and whoever wishes to understand the events causing the genocide of 1994 in Rwanda. The Centre is a permanent memorial to those who fell victim to the genocide and serves as a place in which the bereaved could entomb their assassinated beloved ones.

The people of Rwanda embrace peace and reconciliation. They are committed to fight the ideology of genocide. The memorials found throughout the country are moving testimonies in memory of the 1994 Genocide against the Tutsi and the people who lost their lives.

The Kigali Genocide Memorial is located at Gisozi keeping the 250,000 victims of the catastrophic genocide – the site was established on the 10th anniversary of the Rwandan Genocide. The wall of names is dedicated to those who died and is a work still in progress. Many of the victims’ names have yet to be gathered and documented and many of the victims who rest in the graves are unknown.

The memorial gardens provide a place for quiet contemplation about the history of the 1994 Genocide. Visitors are always allowed to reflect on how we all have a personal responsibility to prevent discrimination and mass atrocity. The centre also gives support for survivors; especially the orphans and widows.

The response from genocide survivors to the creation of the centre was unpredictable. In the first week, over 1,500 survivors visited each day. In the first three months of the centre’s opening, around 60,000 people from a variety of backgrounds visited it. Over 7,000 of these visitors were from the international community. 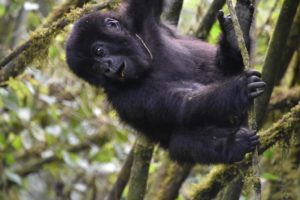